In the middle of May, I went away for a couple of weeks in lovely Fukuoka, Japan with the goal of expanding my knowledge of Japanese.

Every weekday, I went to a language school, GenkiJACS. On the first day, my level was accurately evaluated through a written test and interview, and on the same afternoon I was put into a small class (5 people, myself included) with students at a similar level from all over the world. The lessons were held entirely in Japanese, with students' chitchat also happening in Japanese -- a lovely atmosphere :)

Support from the staff, both by email during the preceding months and during my stay, was top notch. The school also offers all sorts of native language materials for students to borrow, though considering the building was right above Mandarake, a manga/video games/DVD/etc shop, I must say I mostly bought my own... :)

I stayed with a host family for the whole time, which was wonderful in terms of language practice, making friends and experiencing varied aspects of Japanese daily life. The perceived lack of independence made me a bit twitchy at times though.

The concepts and vocabulary I learnt in and out of class have stuck well so far -- the class format is very good, with lots of reviewing after a new concept is introduced. In the end though, 2 weeks isn't enough time to acquire that much new knowledge and I mostly treat the experience as a very thorough level check. There are lots of conversations I had I didn't realise were within my grasp. Because Japanese people are often reluctant or unable to speak English (but always so nice and helpful!), I had plenty of opportunities to practice in varied contexts and I'm now a lot less shy about speaking in Japanese.

With only 2 weeks, unfortunately there was little time for tourism, though what I saw of Fukuoka City (Canal City, Kushida shrine and many other temples, Oohori Park, my local yakitori izakaya and kappazushi...) and the Fukuoka Prefecture (Dazaifu, Abura yama...) was delightful.

Definitely a wonderful experience. Study-wise, it was good for building confidence and boosting motivation. It was also good for cheaply acquiring plenty of contents in the language for practice... and making new friends! :) 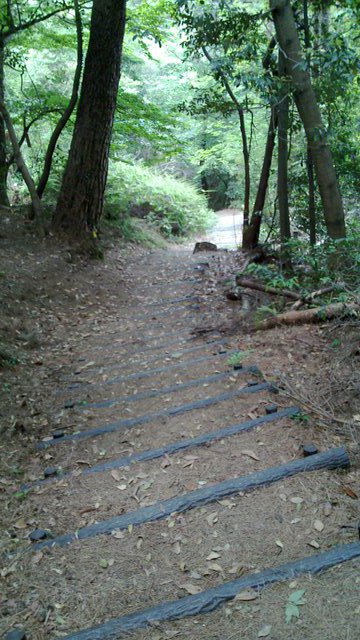